We part­ner with com­mu­ni­ties
to sup­port peo­ple of all ages
to nav­i­gate life’s chal­lenges
through per­son­al­ized pre­ven­tion,
inter­ven­tion, treat­ment, and recovery.

We are accred­it­ed by the Joint Com­mis­sion, a nation­al­ly respect­ed body with strin­gent stan­dards of excel­lence in healthcare. 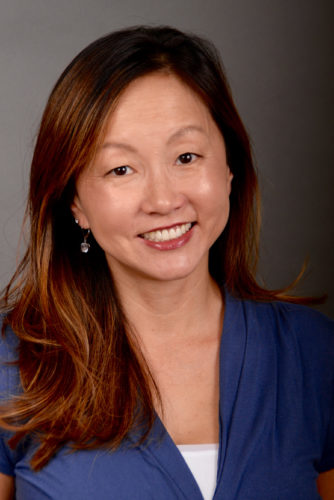 Grace started her time at KYC in March 2016 as Chief Operating Officer and was named Chief Executive Officer in August 2018. Prior to KYC, Grace spent a significant portion of her career working for the State of Illinois. She served as a Senior Policy Adviser and Chief of Staff for the Illinois Department of Human Services, where she helped manage an almost $6 billion budget and was responsible for approximately 13,000 employees. She ensured Illinois residents received direct services including access to public benefits, community health programs, services for people with disabilities, and behavioral health programs. As the consummate public servant, Grace also spent 8 years working as a Cook County Assistant State’s Attorney assisting victims of crimes. She was drawn to KYC’s diverse mission, compassionate commitment to clients, and immense growth potential. Grace is continuously amazed by the wonderful work and dedication of the staff.

Grace has her Bachelor’s Degree in Human Development and Social Policy from Northwestern University, Juris Doctor from Chicago-Kent College of Law, and a Master’s Degree in Public Administration from Harvard University. When not at KYC, Grace and her husband love to spend time with their three children. 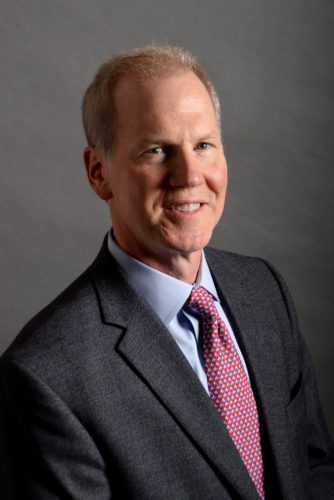 Director of Environment of Care and Facilities

Mike joined the KYC Leadership Team in 2017 as the Environment of Care/Facilities Manager, overseeing the buildings' and grounds' maintenance at our four office locations. Mike has a long history of service, most recently as the Facilities Director for a local school district, overseeing the operations of buildings for kids aged 5-14 and ensuring the architecture, engineering, and life-safety needs of the district were fulfilled. He’s also worked as a Building Commissioner for a municipality and Construction Manager for a nonprofit building homes for low-income families. With each job, Mike has found joy in providing quality customer service and safe environments for people of all ages to live, learn, and grow. When coming to KYC, Mike wanted to join a team of professionals with a shared commitment to service. “Every life helped improves clients’ happiness, their family’s togetherness, and the world’s goodness,” says Mike.

Mike has his Bachelor’s Degree in Business from Indiana University and is a Certified in Construction Building Operations and a Certified Property Maintenance Manager. When not at KYC, Mike is an involved member of his church, spends time with his family, and is active in the outdoors. 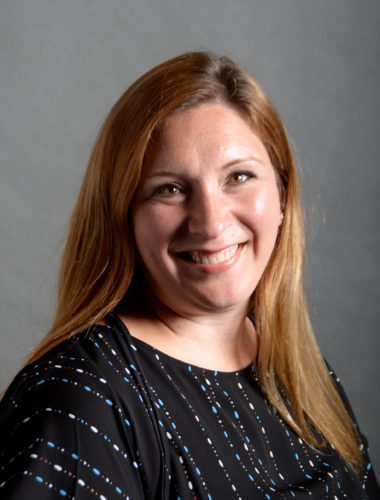 Crissy came to KYC in 2006 as a Choices for Care Screener on the Older Adults Team, completing nursing home prescreen evaluations at Alexian Brothers Medical Center. In 2009, she was promoted to become the Choices for Care Program Team Lead, overseeing and growing the program for five years. Leaving KYC for just a few months in 2016, Crissy returned to be the Director of Older Adult Services, advocating for clients while leading the Older Adults Division. “KYC puts clients first and goes above and beyond the call of duty to make sure we serve our clients” said Crissy.

Crissy got her Bachelor’s degree at Northeastern Illinois University and a Master’s degree at the University of Illinois at Chicago, both in Social Work. When not at KYC, Crissy can be found with her husband Arnie and two young children, Sophia and Santino. 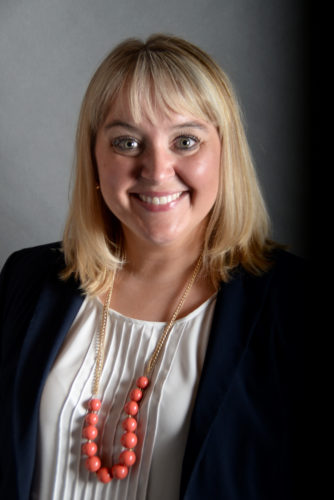 Director of Development and Communications

Kate joined the KYC Team in 2016 after managing the Friendship Senior Options Foundation in Schaumburg. With over a decade of experience in fundraising and communications, as well as a degree in Strategic Communication from Miami University, Kate continued her education at the Lilly School of Philanthropy at Indiana University and received her Certificate in Fund Raising Management.

Within her role, Kate oversees the fundraising, community outreach, and marketing for KYC's programs and services. When not at KYC, Kate is an avid traveler, gardener, and tennis player. 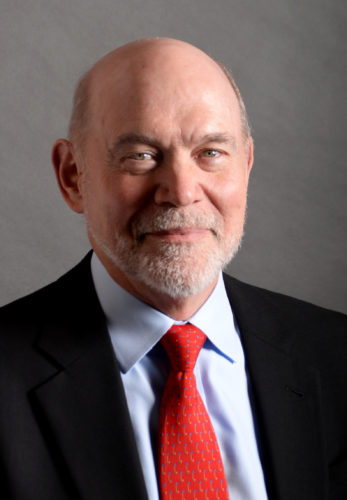 Since 2000, Dr. Gibbons has served KYC as a psychiatrist and then Medical Director. As a Licensed Physician and Surgeon, Dr. Gibbons works closely with KYC staff and patients to ensure quality medical care and medication monitoring. After receiving his Bachelor of Arts from Kalamazoo College, Dr. Gibbons completed his pre-medical studies at Loyola University and became a Doctor of Medicine from the University of Illinois. Dr. Gibbons completed an internship at St. Joseph Hospital in Family Medicine and pursued his psychiatry residency at Northwestern University Medical School. He is a member of American Psychiatric Association, Illinois Psychiatric Society, and the American Medical Association. “I have dedicated much of my career to KYC because of our commitment to serve clients in need, regardless of their ability to pay. The client always comes first.” 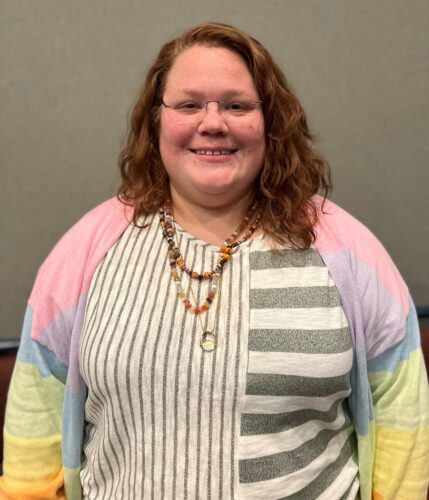 Lisa joined KYC in 2007, beginning her work as a Vocational Counselor supporting adults with disabilities as they found and maintained employment. She transitioned to support the opening of Myers Place, KYC’s first permanent supportive housing development, and was quickly promoted to develop KYC's new Community Support Team services. Lisa has served as the Director of Community Living since 2020 and oversees a variety of community-based programming across the Northwest Suburbs, including intensive support to adults with serious mental illness and PRIME services under the Williams & Colbert Consent Decrees that support individuals transitioning from institutions into independent housing in the community. Outside of her work at KYC, Lisa worked in the criminal justice system, advocating for the fair treatment and improved living conditions for incarcerated persons in Illinois prison system, specifically transgender and intersex individuals who are at especially high risk.

Lisa received her Masters in Social Work from the University of St. Francis and is a Licensed Clinical Social Worker. When not at KYC, she volunteers on the Board of the Center for Advancing Domestic Peace and is a passionate scuba diver. 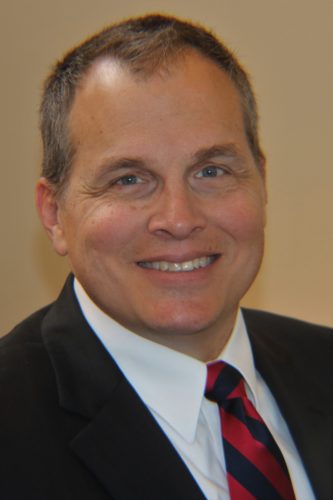 Jonathan joined KYC in early 2019 as New Business Development Director to help expand our capabilities to better serve our community and leverage the talent at KYC. Jonathan brings decades of experience ranging from being a partner in a leading management consulting firm, to being a professor at Northwestern University, to being an executive in several startups. He has also volunteered in numerous community-based organizations spanning education, churches, and poverty alleviation.

Jonathan has an MBA from Harvard Business School and an engineering degree from Pennsylvania State. When not at KYC, he loves being dad to his two sons and their buddies. 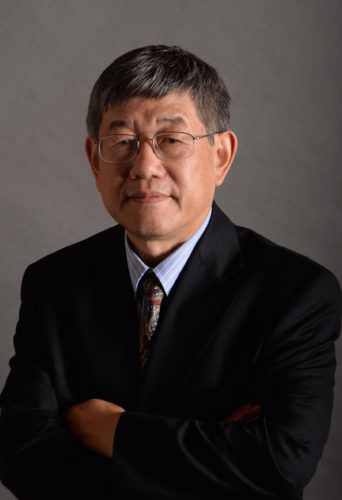 Gongmin has worked at Kenneth Young Center since 1997, developing CIS, a nationally certified electronic health record system. As CIS’s founder and KYC’s Technology Director, Gongmin oversees the daily operation of data collection and processing for all behavioral health services, as well as the technology needs for the agency.

Gongmin was a Ph.D. Candidate at Northern Illinois University with a concentration in Information Management in Government and has a Masters of Law and Diplomacy from Tufts University. He also holds a Bachelor of Arts in English from Shandong University in Jinan, China. 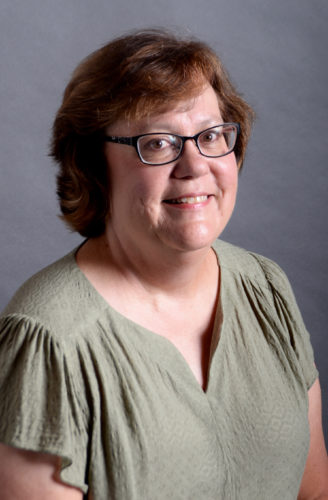 Senior Director of Talent and Facilities

Cathy-Ann came to KYC in 2012 as the HR Manager, overseeing the daily human resources needs of the organization. She was promoted to HR Director to include oversight of KYC’s Volunteer Services in addition to paid employees. Now as Senior Director of Talent and Facilities, Cathy-Ann is also overseeing KYC's various facility locations in addition to employees and volunteers.

Prior to coming to KYC, Cathy-Ann worked as an HR Consultant and for multiple village governments in the northwest suburbs of Chicago. As an experienced professional in HR and management, Cathy-Ann brings strategic leadership for operations, project management, and talent relations. “I am excited that I can add value to KYC while continuing to learn and grow professionally,” said Cathy-Ann.

Cathy-Ann has her Master’s in Human Resource Management from DeVry University and a Master’s of Arts in Public Administration from Northern Illinois University. When not at KYC, Cathy-Ann can be found spending time with her husband, visiting her two adult sons, exercising, or walking the family dog. 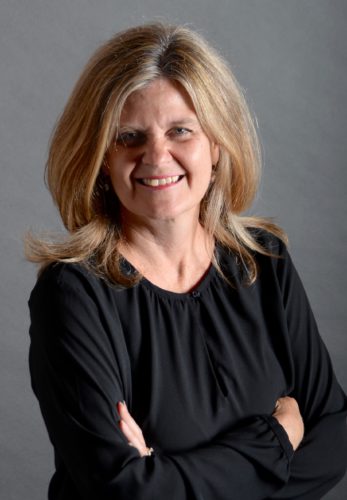 Linda came to KYC in 1987, working at as a Crisis Services Therapist, providing individual, family, couple, and group counseling to both adults and children. She was promoted in 1990 to serve as a Senior Clinician and supervisor, before becoming the Coordinator of Adult Services in 1998. Overseeing the entire Adult Services Team, Linda provided extensive leadership support to the outpatient team. In 2012, as Adult Services expanded to include community living and the Drop-In Center, Linda’s role expanded to its current oversight, ensuring quality programming for all adult clients at KYC.

Linda has her Masters of Science in Psychology from Western Illinois University and is a Licensed Clinical Professional Counselor. When not at KYC, she’s a talented baker, happily married, and proud parent to three adult children and a Labrador named Jack. 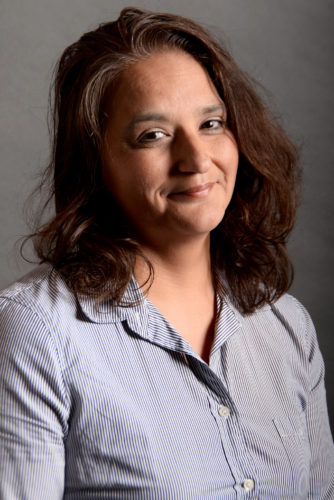 Rachel has over two decades of experience working in accounting and finance for nonprofits. She came to KYC in 2013 as the Senior Accountant, ensuring successful daily operations, budgeting, year-end audits, and grant reporting. Prior to KYC, Rachel spent fifteen years at Quantrro FPO Solutions, working with over 60 agencies including AgeOptions and the YWCA of Metropolitan Chicago to manage grant budgeting and reporting.

Rachel has her Bachelor of Arts in Business Administration with a Concentration in Business Systems Management and Accounting from Robert Morris College. When not at KYC, Rachel spends time with her adult children and young grandchildren.

Our annu­al report out­lines the high­lights of our fis­cal year: July 1 to June 30.

Ken­neth Wayne Young played many roles in his life: hus­band, father, pas­tor, mil­i­tary man, schol­ar, advi­sor, friend. He was many things to many peo­ple. He loved to preach and give speech­es, and when he spoke, every­one lis­tened. He had a way of mak­ing each lis­ten­er feel as if he was speak­ing just to them. He had a spir­it that cap­ti­vat­ed oth­ers and inspired great­ness. He knew when to lead and when to let oth­ers shine as lead­ers. Over thir­ty years after his death, those who knew him talk about him with warmth, rev­er­ence, and always a smile.

But one of Ken’s great­est titles had to be ​“com­mu­ni­ty activist”. Dur­ing deseg­re­ga­tion, he fought to inte­grate his com­mu­ni­ty in Cicero, Illi­nois. He worked tire­less­ly for the Fam­i­ly Ser­vice Cen­ter there to give equal rights to peo­ple of all col­ors, believ­ing to his core that every human being had the right to be cared for and respected.

When his fam­i­ly moved to Hoff­man Estates, he worked as Pas­tor of Our Sav­iour’s Unit­ed Methodist Church and quick­ly got involved with the Elk Grove-Schaum­burg Town­ship Men­tal Health Cen­ter, which would lat­er be renamed in his mem­o­ry as Ken­neth Young Cen­ter. An ide­al­ist and rev­o­lu­tion­ary at heart, he vol­un­teered for the cen­ter as a mem­ber of the board, becom­ing a trust­ed advi­sor to the CEO and lead­er­ship team. At that time, the cen­ter focused exclu­sive­ly on men­tal health ser­vices, advo­cat­ing for the most vul­ner­a­ble in the com­mu­ni­ty to have access to qual­i­ty and com­pas­sion­ate men­tal health care. Despite years of his own health prob­lems, Ken’s tena­cious spir­it nev­er fal­tered. He tried to nev­er miss a Sun­day at the pul­pit and helped at the cen­ter when­ev­er pos­si­ble. At 60 years old, Ken passed away from can­cer in Octo­ber, 1986. Just months lat­er, the cen­ter where he spent so much of his time got a new name: Ken­neth Young Center.

The rest, KYC friends, is history. 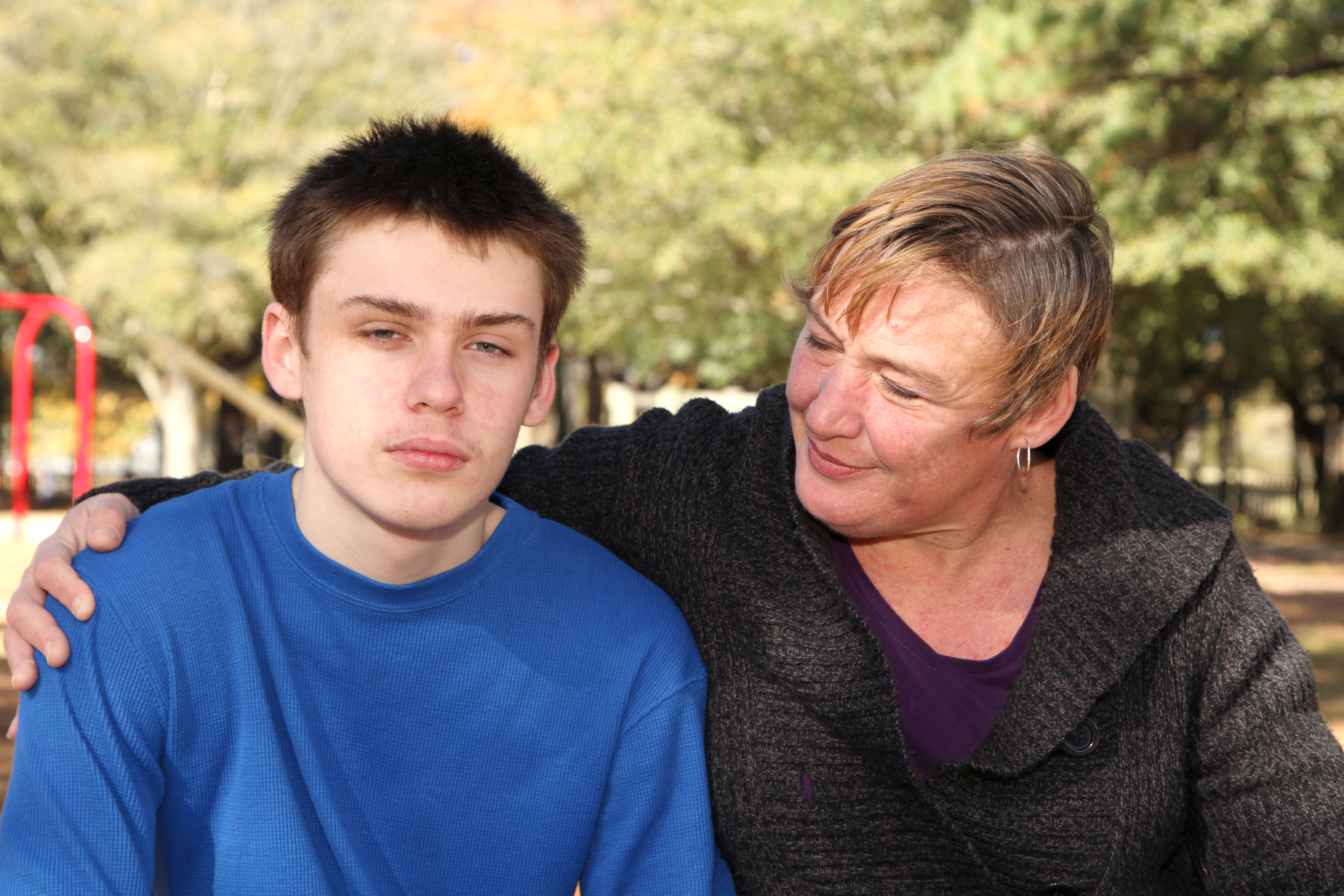 How You Can Help

Keep up to date with KYC!

Get the latest Kenneth Young Center news and insights emailed to you each month. Just complete the form below to subscribe.